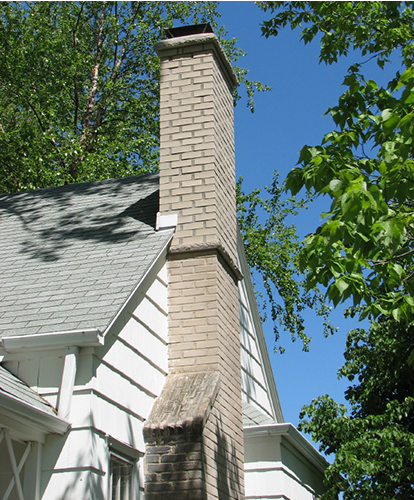 Chimney cracks may be caused as a result of compression from chimney loads during freezing climates or mistakes when the block chimney was being constructed. Cracks may also appear if the chimney was not fitted with a rain cap which prevents water from intruding inside, resulting in the need for block chimney repair.

Thermal expansion of the block chimney

Thermal expansion is brought about by temperature swings resulting from normal fires burning in the firebox. If the original contractor omitted the expansion joint at the top of the block chimneys cap it will cause expansion pressure leading to cracks in the block chimney and/or damage to the flue stack.

Block chimney fires
A chimney that has actually been constructed using all concrete block is rare. However, they do exist and a block chimney needs to be maintained as much as any brick and mortar chimney. The neglect of chimney maintenance and the corresponding buildup of creosote in the liners remains the leading cause of chimney fires. Any block chimney that is designed to vent a wood burning fireplace should be cleaned and inspected annually by a CSIA professional.

The experts at Dayco General can perform a chimney safety check to help you ensure that none of these issues effect your home.

Dayco General is CSIA certified, fully licensed and insured. (License # BC266544) We have been a full-service chimney repair and masonry contractor since 1991, we have repaired and replaced thousands of chimney’s in the Minneapolis metro area. We have the tools, know how, and long-term personnel to fix and repair any kind of chimney issue.
Contact us today! 952-449-8643 or fill out the form below for a free review and chimney repair estimate.

We are CSIA certified, fully licensed and insured. (License # BC266544)

Check Out These Related Posts

Chimney Concrete Replacement Minneapolis When it comes to Chimney...

END_OF_DOCUMENT_TOKEN_TO_BE_REPLACED 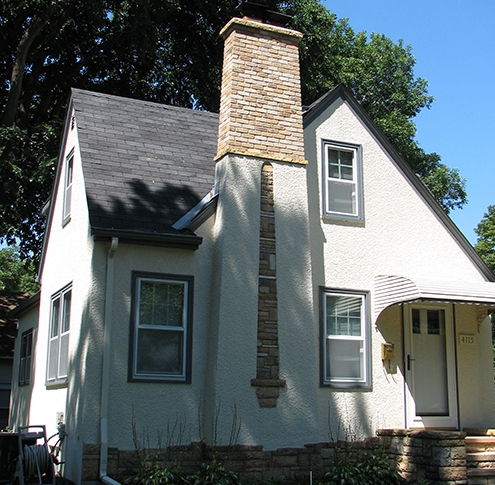 Chimney Masonry Repair Minneapolis No matter the age or style, at some...

END_OF_DOCUMENT_TOKEN_TO_BE_REPLACED

Dayco General In The News!

END_OF_DOCUMENT_TOKEN_TO_BE_REPLACED

Let Us Know You're Here!